Shoji Nishio Sensei was born in Aomori Prefecture in 1927. He entered the Aikikai Hombu Dojo at the end of 1955. He practiced Judo, Karate, Iaido, and Jodo prior to beginning in Aikido. The skills he acquired through his practice of these martial arts are incorporated seamlessly into his unique Aikido, which is now referred to as Nishio Budo or sometimes Nishio Ryu.

Shoji Nishio Sensei was an 8th dan Shihan, Aikikai Federation, and 7th dan Shihan in the Nihon Zendoku Iaido Federation. He also helds a 4th dan in Kodokan Judo and a 4th dan in Shindo Shizen ryu of Karatedo. He  also studied Shindo Muso ryu – Jodo (way of the staff), and Hozoin ryu – Yari (spear). He has developed a new school   of Iaido with forms based upon Aikido techniques called Aiki Toho Iai.

In Nishio Budo, you study precise footwork to understand irimi (entering) in such a way that you are always in a position of safety and you are also put into a position that is half a step ahead of your opponent. From this point through the finish of the technique you remain in a safe position while controlling the movement of your opponent. This concept has Nishio Sensei often reminding you of O’Sensei’s saying, “Victory is determined at the moment of contact.” 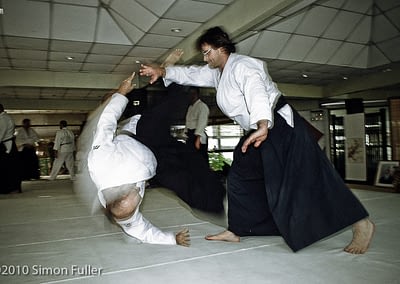 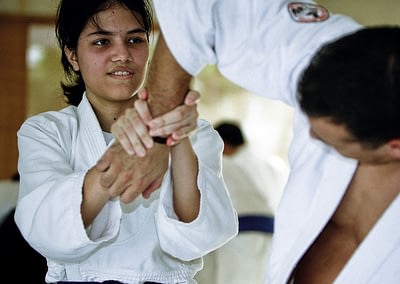