What is a dojo; What is Budo? 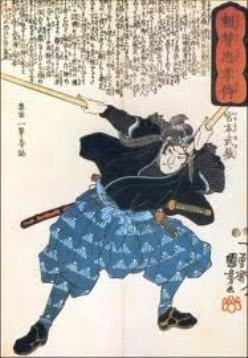 A dojo (道場 dōjō?) is a Japanese term which literally means “place of the way”. Initially, dōjōs were adjunct to temples. The term can refer to a formal training place for any of the Japanese do arts but typically it is considered the formal gathering place for students of any Japanese martial arts style such as karate, judo, aikido or samurai to conduct training, examinations and other related encounters. The concept of a dōjō as a training place specifically for martial arts is a Western concept; in Japan, any physical training facility, including professional wrestling schools, may be called dōjō because of its close martial arts roots.

Hombu dōjō
A hombu dōjō of a style is the administrative and stylistic headquarters of a particular martial arts style or group.

Second Dojo
This expression is specific for the gathering after a successful training session at a preferred restaurant or bar. It not necessary has to be of Japanese style, however it does feel somewhat proper to go to a ramen, or Tempanyaki style restaurant. Over an (asahi) beer or two, attendants swap stories of past encounters, techniques while replenish fluids and fuel in form of healthy Japanese food. The second dojo forms bonds between Sempai’s and Kohai’s and is an important part of a healthy and effective dojo culture & relationships.

Second dojo Etiquette
Have fun and enjoy!
It is pretty much the same way as one would address a stranger in a public place. The same etiquette (behavior, show of respect) applies in the second dojo as in the real dojo. A kohai is polite, helpful and shows certain signs of respect when talking to his/her sempai and or sensei.

What are the rules for doing Budo?