Aikido outside the dojo? 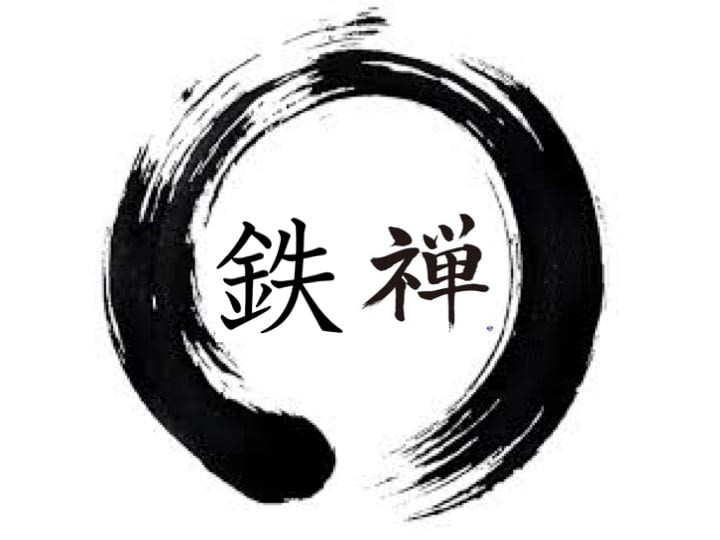 Original is to be found on this blog.
Shared with the kind permission of author.

In my Aikido training, I have been exposed to a number of concepts my Western mind finds fascinating. Among these are the opposing concepts of Ai-Uchi and Ai-Nuke. The first, Ai-Uchi, prounonced “Aye OOchi”, means “mutual strike” or, in the sense of a sword battle, “mutual kill.” It is the idea of striking with the knowledge that you too will be struck; it connotes a single-minded focus on the task of striking (or cutting down) one’s opponent. By contrast, Ai-Nuke, pronounced “Aye NOOkay,” means “mutual release” or “mutual escape.” It means, simply, that both participants in a duel or contest escape unharmed.

Many martial arts and fighting systems, especially those with a heavy self-defense bent, which tend either consciously or unconsciously toward Ai-Uchi. I find it ironic that so many of these systems loudly proclaim the wisdom of the “Nike Defense,” i.e. running away, and then teach only techniques that require closing with and engaging one’s attacker until one side achieves a clear victory. The thinking goes, “it is always better to escape without contact, but if you feel there is no escape for whatever reason, then it’s kill or be killed.”

The problem with this kind of thinking is that little thought is given to the consequences of choosing to stand and fight to the end. Even a victorious person has to deal with the consequences – be they emotional, physical, or potentially even legal – of having caused harm to another human being, no matter how justified that action may have been.

This video (click on the image to view, “a scene from “the last Samurai” where the character of Tom Cruise fights with a bo-ken; added by editor”) beautifully shows Ai-Uchi in the final exchange. Though this version doesn’t have subtitles, I find the spectator’s exclamation at the end – which in many instances is translated to “A draw!” – grimly amusing. The idea that both participants receiving a mortal sword blow at the same instant could be considered a “draw,” which connotes a mutually satisfactory outcome, is the essence of the futility of Ai-Uchi.

By way of contrast, in my Aikido dojo the focus of training is weighted heavily in favor of Ai-Nuke. This was one of the principle draws of Aikido for me; after decades of training and preparing for war and then actually deploying to Iraq, Afghanistan and Pakistan, the idea of an art whose name loosely translates to “The Way of Harmony of Spirit” was quite appealing. In Aikido we do not have opponents, we have partners.

This simple bit of linguistic framing allows us to approach every technique with an eye toward Ai-Nuke, because while an opponent or attacker is someone to defeat, nobody wants to harm a partner. It also allows us to learn to better flow with our partner’s energy, regardless of whether we are currently acting as Uke (the partner giving the initial attack and then receiving the technique) or Nage (the partner receiving the initial attack and then finishing the technique).

In higher levels of practice, the distinction between Uke and Nage becomes blurred, as the two are flowing together so smoothly it becomes unclear who initiates the movement and, more importantly, because the two are interdependent.

Stepping mentally out of the dojo, I am struck by how many interpersonal encounters tend to degenerate into situations definable by Ai-Uchi. Pick a topic being discussed today on television or on the Internet; it’s a safe bet that there are two opposing camps, and neither is willing to give an inch. This is a form of conversational Ai-Uchi, a debate in which there simply must be a clear winner and a clear loser.

The problem with this philosophy is that, unless we are candidates for public office debating an opponent, lawyers arguing a case before a court, or members of a debate society, there rarely needs to be a clear winner or loser in a discussion; often, if there is a clear winner or loser, both parties end up losing in the larger sense.

The danger of conversational Ai-Uchi is inherent in the term; it means a mutual “strike” or, at the extreme, a mutual “death.” This is almost never literal, but it can mean the death of an otherwise mutually beneficial relationship. At best, it usually means there will be hurt feelings on one or both sides, often over an issue that should never have become so emotional in the first place.

Ad hominem attacks are the ultimate form of Ai-Uchi in a conversation. By attacking a person instead of the ideas that person is espousing, in essence saying, “if you disagree with me you are wrong and thus a bad person,” one ensures a case of emotional Ai-Uchi; the argument becomes not a presentation of an alternative point of view or new data to be examined and explored, but a verbal and emotional blow – often struck needlessly. That blow is simultaneously returned; even if the recipient remains silent, the relationship will suffer.

Presuming, dear reader, that you are not currently a candidate for public office, a lawyer arguing a case before a court, or a member of an organized debate society, I offer the following thought:

Why not approach discussions about emotional topics with the goal of Ai-Nuke in mind?

When engaging in a discussion about an emotionally charged topic, think of the other party as a partner rather than an opponent or, worse, as an attacker. Receive your partner’s arguments and ideas as I receive my partner’s initial movements in Aikido: with a mind to blend with and redirect that energy toward a safe mutual escape.

Accept that neither of you is likely to fully adopt the other’s point of view or beliefs, much as I accept on the mat that my partner is highly unlikely to be rendered utterly unable to continue attacking through the application of one deftly applied technique (or even a number of them in succession). This makes it much easier, and more satisfying, for both parties to walk away from the encounter satisfied with the outcome – even if your partner was looking for a fight!

I’ve recently had the pleasure of engaging in numerous discussions about hot-button topics – gun control, the recent U.S. Presidential election, immigration, and others – often with partners I disagreed with. All of those discussions were civil, thoughtful, respectful and, as a result, stimulating rather than aggravating. In each and every one, if emotions about the issue at hand began to run high, I employed a bit of verbal Aikido, aiming for Ai-Nuke:

“That’s a very interesting point you raise, and one I will have to explore further in order to fully determine how it might affect my own views. Please do the same for my last point, and we can revisit this possibly with new insights in the future.”

Notice what’s conspicuously absent from that short bit of speech:

-“I’m done talking to you about this”

-Attacks on the idea itself

-Acceptance of the idea

-Acknowledgement of the idea’s potential merit

In a subtler example, I offer a three-way conversation I recently took part in. During a chat with two acquaintances, one of my partners asked me about a topic I have a good deal of knowledge about. He was genuinely interested, but the third partner appeared noticeably less so; he expressed this by interrupting me mid-sentence repeatedly, bringing up a completely unrelated story in a clumsy attempt to redirect the conversation to a topic he cared more about. I had the option of taking the conversation to a place of Ai-Uchi or one of Ai-Nuke:

Ai-Uchi: “Hey, pal, can I have a minute here? He asked about this, it’s a valid and important topic, and I’d like to get more than one sentence at a time in without being cut off! How about you just sit back and we’ll get to you in due time, Mr. ‘All About Me’??”

Ai-Nuke: (To the original asker): “You know, that’s a really good question, and one I’d like to sit down and arrange my thoughts on a bit more fully in order to give you the best answer I can. Would you mind if I sat down tonight and wrote you an email about it? You’ll get a lot more coherence and detail than if I tried to wing it here an now.” (To the interrupter): “I’m sorry we got off on a tangent there. What happened after that?”

Had I chosen the Ai-Uchi route, all three of us would have suffered hurt feelings. The original asker would not have gotten the information he sought, the interrupter would have been personally offended, and I would have doubtless gotten even more annoyed by the sharp retort he would have offered. Instead, the conversation kept flowing pleasantly, the original asker eventually got the information he wanted (and, as promised, far more coherently), and nobody went home thinking “what a jerk!” That, to me, is the power of Ai-Nuke when applied outside the dojo.